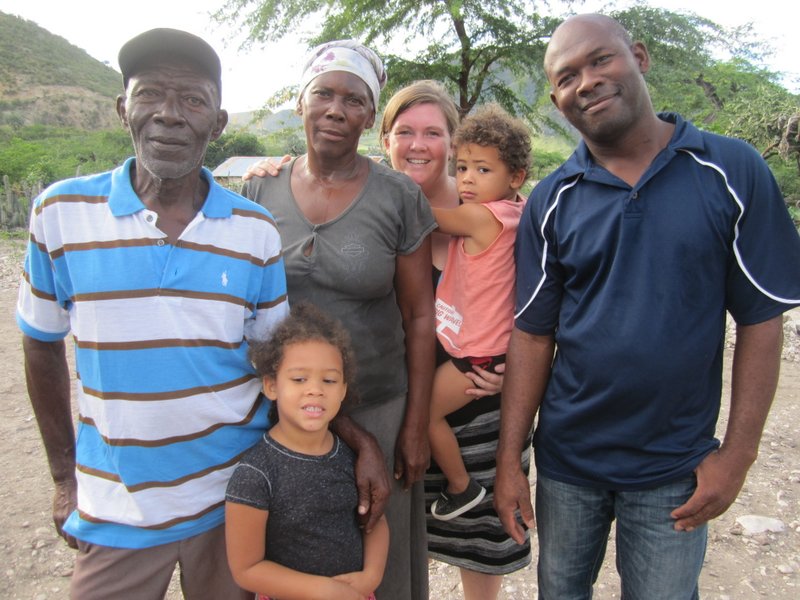 Renel & Rebecca Honorat founded Alongside Families in Haiti Society in 2019 out of a deep desire to see Haitian youth transition into adulthood in a way that enables them to be confident, self-sufficient and contributing members of their community.

Renel was born in a rural mountain community in northern Haiti called Bouvard, and was the fourth of twelve children. When he was still a young child he left Bouvard and moved into a children’s home in Grande Goave, which was run by his uncle. The children’s home was Renel’s home for over twenty years and he is so grateful for the opportunities he received there. He was able to attend school regularly, graduate from High School, enroll in a Trade School, become a certified Welder and, most importantly, learn about God’s love for him. When Renel transitioned out of the children’s home he remained very involved and felt, and still feels, a burning desire to invest in the lives of the new children in the home, as well as assist the leadership.

While Renel is full of gratitude for the opportunities he received, he knows he missed out on being nurtured by his parents and building community with his siblings. He reflects on how it would have been if he was able to access similar opportunities while still being able to live with his parents. He often uses the words “what if” while telling his story.

Renel met Rebecca in 2007 while Rebecca was volunteering in Haiti and they were married in 2009. They now have two children together; Hasannah (2012) and Jelani (2013).

Rebecca’s relationship with Haiti began in 2005 when she went to Haiti with a short-term mission team from her home church in BC, Canada. Her heart was taken by the beautifully resilient people of Haiti & their colorful culture. She moved there shortly after and immersed herself in the Haitian way of life. Rebecca served as a volunteer and eventually as an employee for the children’s home that Renel had grown up in, as well as an advisor for other organizations serving in Haiti. During her 15 years, Rebecca was responsible for a variety of duties, including: logistics for visiting teams, facilitating the sponsorship, scholarship & gift catalogue programs, and assisting with administration & public relations. She enjoys being immersed in the Haitian culture and she, and her children, are proud to speak both English and Haitian Kreyol. Rebecca has been in Haiti through hurricanes, political unrest and the big earthquake in 2010 and she has used her experiences to strengthen her cultural awareness and her relationships within her community in Haiti.

Over time, Rebecca became increasingly passionate about seeing older children transition into adulthood in a way that breaks the cycle of poverty and enables them to be contributing members of the community. She has seen first-hand the impact post-secondary education has had on the youth she has worked with.

The vision for Alongside was planted in Renel & Rebecca’s hearts several years ago when one of their neighbors asked them to help him get his 5-year-old son accepted into a children’s home. Neither he nor his wife were working steady jobs and their son was supposed to start Grade 1 the following year. Renel & Rebecca sat with him and his wife and could see immediately how hard it was for them to even consider placing their child in a home. Renel & Rebecca were sad that their neighbour thought a children's home was the best option and as they prayed about the situation, both felt a push to help this family in a different way. They decided to personally pay for their child’s tuition the following year and offer both parents interest free loans to start businesses. The husband bought a motorcycle and became a “tap-tap” driver (Haitian version of a taxi cab), and the wife started a business selling non-perishable foods from her home (buying in bulk & selling in small quantities). They were ecstatic about keeping their son at home and by the time he finished Grade 1, both parents had paid back their loans and were able to make his school payments on their own. This was just one relationship that God used to form the vision of Alongside, there are many others.

Renel & Rebecca’s unique perspectives, abilities and experiences allow them to look at a situation and see a solution that others may not see. God has prepared and equipped them with a unique skill set and we are excited to see how He will use them to develop our organization and lead our ministry in Haiti.